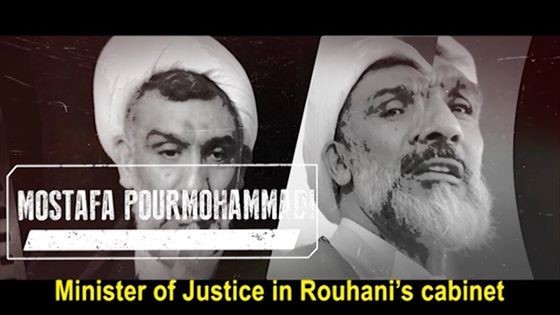 NCRI – In the summer of 1988, the Iranian regime summarily and extra-judicially executed tens of thousands of political prisoners held in jails across Iran. The massacre was carried out on the basis of a fatwa by the regime’s then-Supreme Leader Ruhollah Khomeini.

On August 9, 2016, relatives of Hossein-Ali Montazeri, Khomeini’s former heir, published a shocking audio tape in which Montazeri can be heard telling a meeting of members of the “Death Committee” 28 years ago (August 15, 1988) that they are carrying out a crime against humanity. The Montazeri tape revealed new information about the scope and breadth of the massacre of political prisoners at the time. It has sent shockwaves in Iran and in particular among the regime’s officials who had for more than two decades attempted to impose an absolute silence on the massacre.

The clip also showed that the Iranian regime’s leaders who held positions of power since the beginning of the regime’s establishment must face justice for committing one of the most horrific crimes against humanity.

In the audio tape, Hossein-Ali Montazeri, who was subsequently dismissed as the heir by Khomeini, for these very remarks, tells members of the “death commission”, Hossein-Ali Nayyeri, the regime’s sharia judge, Morteza Eshraqi, the regime’s prosecutor, Ebrahim Raeesi, deputy prosecutor, and Mostafa Pourmohammadi, representative of the Ministry of Intelligence and Security (MOIS), “The greatest crime committed during the reign of the Islamic Republic, for which history will condemn us, has been committed by you. Your (names) will in the future be etched in the annals of history as criminals.” He adds, “Executing these people while there have been no new activities (by the prisoners) means that … the entire judicial system has been at fault.”

Mrs. Maryam Rajavi, the President-elect of the Iranian Resistance, described the audio recording as a historical document. She said the recording attested in the strongest possible manner both to the Mojahedin (PMOI/MEK) political prisoners’ rejection of surrender and to their admirable allegiance to, and perseverance in, their commitment to the Iranian people. The recording is also irrefutable evidence that leaders of the mullahs’ regime are responsible for crimes against humanity and the unprecedented genocide, Mrs. Rajavi said.

There are strong indications that Khomeini’s fatwa, which led to the massacre of some 30,000 political prisoners in Iran, was issued on July 26, 1988.

The Iranian regime has never acknowledged these executions, or provided any information as to how many prisoners were killed.

The majority of those executed were either serving prison sentences for their political activities or had already finished their sentences but were still kept in prison.

Some of them had previously been imprisoned and released, but were again arrested and executed during the massacre.

The wave of massacre of political prisoners began in late July and continued unabated for several months.

By the time it ended in the autumn of 1988, some 30,000 political prisoners, the overwhelming majority activists of the People’s Mojahedin Organization of Iran (PMOI or MEK), were slaughtered. 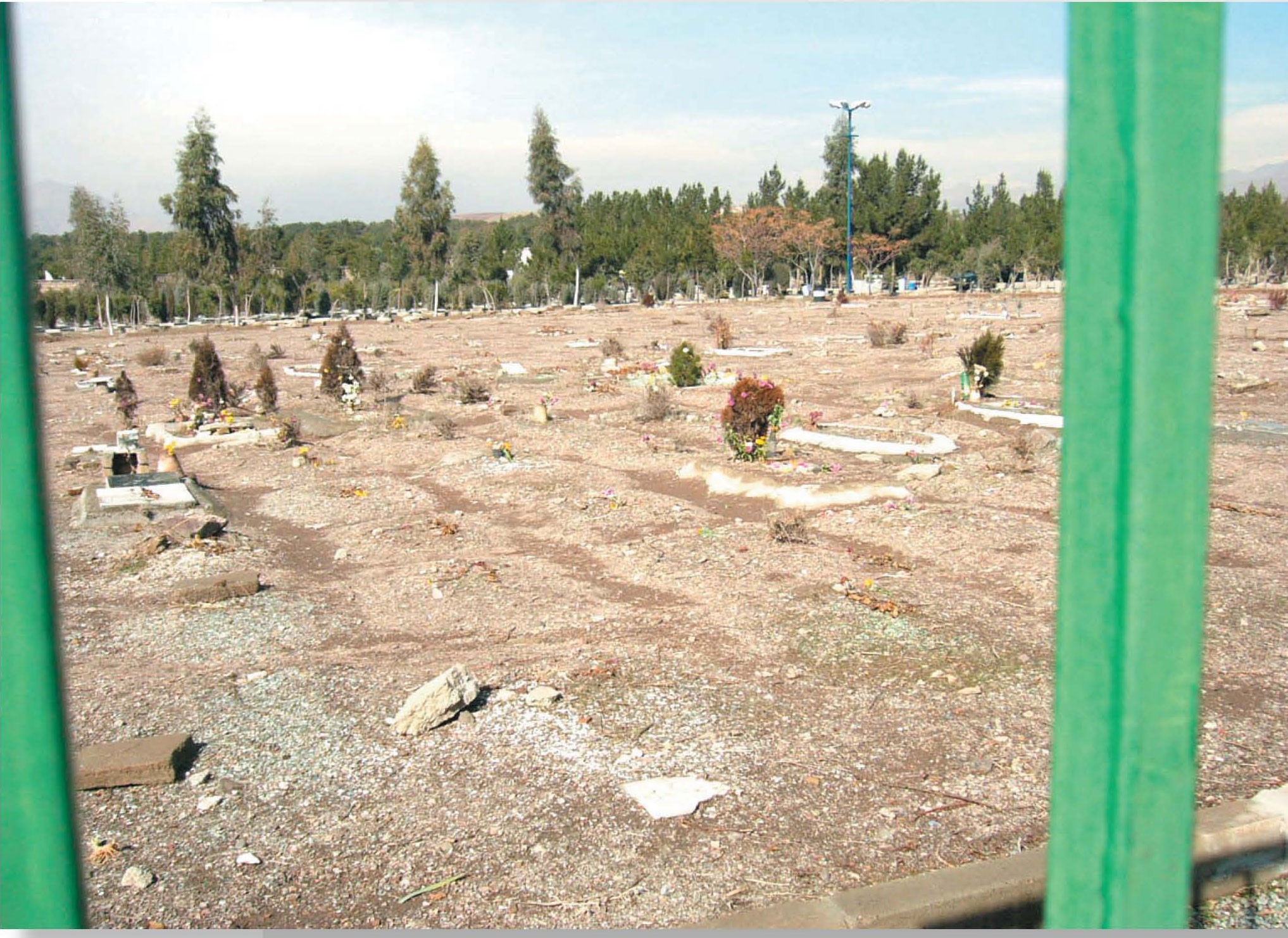 In the final phases of the Iran-Iraq war, Khomeini who felt that defeat was imminent, decided to take his revenge on the political prisoners. He issued fatwas (religious decrees) ordering the execution of anyone who had not “repented” and who was not willing to collaborate entirely with the regime.

The massacres began, and everyday hundreds of political prisoners were hanged and their corpses were buried hurriedly in mass graves all over major cities, in particular Tehran.

Khomeini decreed: “Whoever at any stage continues to belong to the Monafeqin (the regime’s derogatory term to describe the PMOI/MEK) must be executed. Annihilate the enemies of Islam immediately.” He went on to add: “… Those who are in prisons throughout the country and remain steadfast in their support for the MEK/PMOI are waging war on God and are condemned to execution… It is naive to show mercy to those who wage war on God.” 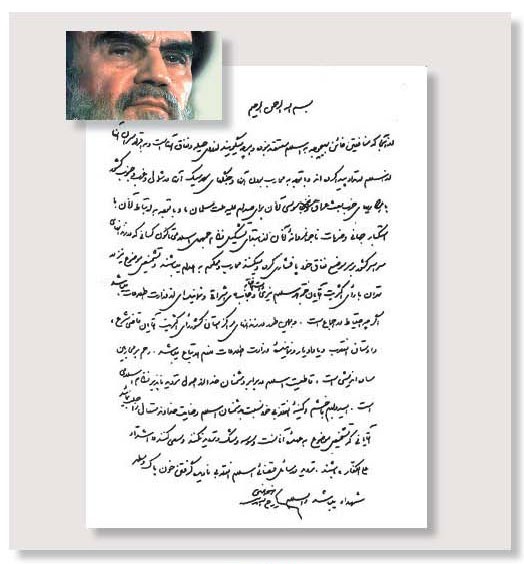 Khomeini assigned an “Amnesty Commission” for prisons. In reality it was a “Death Committee” comprised of the three individuals: A representative of the Ministry of Intelligence, a religious judge and a prosecutor. The final decision rested with the Intelligence Ministry official. They held a trial for a few minutes that resembled more of an integration session. The questions were focused on whether the inmate continued to have any allegiances to the PMOI (MEK). The PMOI prisoners made up more than 90 percent of those taken before the “Death Commission.” If the prisoners were not willing to collaborate totally with the regime against the PMOI, it was viewed as a sign of sympathy to the organization and the sentence was immediate execution. The task of the Death Commission was to determine whether a prisoner was a so-called “Enemy of God” or not. In the case of Mojahedin prisoners, that determination was often made after only a single question about their party affiliation. Those who said “Mojahedin” rather than the derogatory “Monafeqin” were sent to be hanged.

Members of the death committee

The haste to execute was so abhorrent that some of Khomeini’s closest confidantes, most notably, Hossein Ali Montazeri, Khomeini’s heir apparent, had doubts and protested it. In letters to Khomeini, Montazeri urged for some leniency and slowing down. But Khomeini ordered there should be mercy for no one, including teenagers. He said pregnant women should not be spared or have the chance to give birth to their child and should be executed immediately.

In December 2000, Montazeri published his memoirs. The book revealed shocking documents on the atrocities committed by the clerical regime, none as horrendous as the massacre of 30,000 political prisoners in 1988 on the orders of Khomeini.

Montazeri’s book was not the first document informing the world of this massacre. News of the carnage had already begun to trickle through the iron curtain of censorship imposed by the mullahs to ensure a complete blackout on their crime. 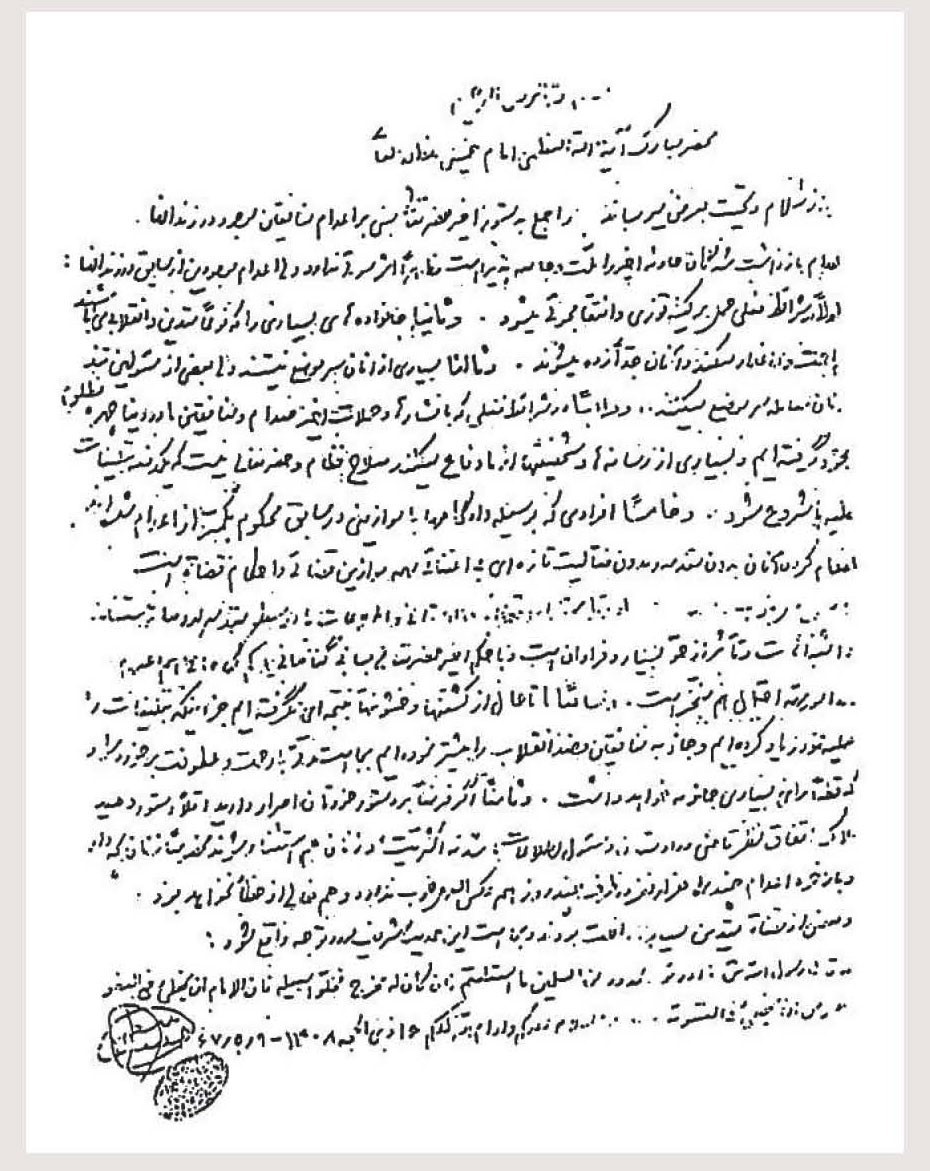 Text of Montazeri’s letter to Khomeini on July 31, 1988, complaining that mass execution of Mojahedin (PMOI/MEK) prisoners would only enhance their legitimacy and popular appeal.

All officials of the regime at the time had to conform fully to this massacre or they would be sacked or deposed. Ayatollah Montazeri, who protested the massacre, fell from grace and was sacked by Khomeini in March 1989. Montazeri’s memoirs in December 2000 and its shocking enclosures exposed the horrendous scale of the massacre. What gave weight to the revelations is that they were made by a man who was at the time of the executions the officially ordained successor to Khomeini and the second highest authority in Iran. Yet when it came to massacring political prisoners, Khomeini showed no mercy to slightest nonconformity even by Montazeri.

Role of Hassan Rouhani in 1988 massacre of political prisoners

In those positions, he was fully cognizant of this hideous crime and obviously was in full conformity.

This shows that the notion that Rouhani is a “moderate” and “reform minded” is absolutely preposterous and baseless. Actually he, like all other senior officials of the regime, is a culprit of this hideous crime.

There has been little international attention to this crime against humanity.

In 2008, twenty years after the massacre Amnesty International “renewed its call for those responsible for the ‘prison massacre’ to be held accountable. There should be no impunity for such gross human rights violations, regardless of when they were committed.” Amnesty added: “Those responsible for the killings – one of the worst abuses to be committed in Iran – should be prosecuted and tried before a regularly and legally constituted court and with all necessary procedural guarantees, in accordance with international fair trial standards.”

Justice not yet served

The massacre of 1988 remains to be one of the darkest stains on the recent history of mankind, as one of the least exposed and discussed.

Some human rights experts have described it as the greatest crime against humanity in the 20th Century following World War II that has gone unpunished.

It is the darkest irony of this very dark episode, that of all its human rights violations the Iranian regime has been most successful at keeping the 1988 killings a secret from the international community and even from many Iranians. By now, virtually everyone knows of the reign of terror that immediately followed the Islamic Revolution, the Iranian government’s assassination campaign abroad, and the “Chain Murders” that targeted opposition intellectuals and activists in the late 1990s. Tragically, however, there is very little public awareness of the 1988 executions.

Not only has there been no prosecution of the criminals who orchestrated and carried out that summer’s gruesome murders, but the regime continues to deny that they even occurred.

The Iranian regime continues to deny the 1988 elimination of opposition prisoners. None of the perpetrators or masterminds have been brought to justice and none of the regime’s senior officials including the current Supreme leader, Ali Khamenei, have been held accountable.

The pervasive silence of the past 28 years should be shattered. The UN should launch an independent investigation into one of the most hideous crimes against humanity after the Second World War.