I have spoken to this convention in years’ past. But this year in particular it feels even more important to speak out against repressive governance, military aggression, and destabilizing behavior by this regime than any other.
It has been one year since Ebrahim Raisi was elected President of Iran, ensuring that hardliners remain at the head of all branches of that government. His election has also continued the violent repression and arrest of citizens who dare to protest the regime’s abuses.

The Iranian government has also continued its military aggression. Attacks by Iranian proxies against the U.S. and our allies have increased recently. Support for global terrorism and other repressive regimes has continued. And Iran’s leaders continue to pursue a nuclear weapon, getting closer every day.

These acts are destabilizing to the Iranian people, to the region, and to the world and it makes all of us less safe.

At a time when more and more people around the world are fighting for their freedom, the fight for freedom in Iran is even more significant. And it is even more important that we voice our support for those efforts here in the United States as well.

I am continually encouraged by the bravery of the Iranian people to take to the streets and protest against the regime, particularly young Iranians. In the Senate, I will continue working to ensure that sanctions on the Iranian regime are kept in place to hold its leaders accountable for their actions. 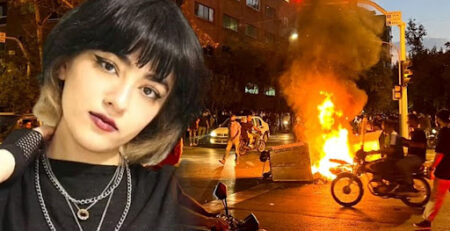