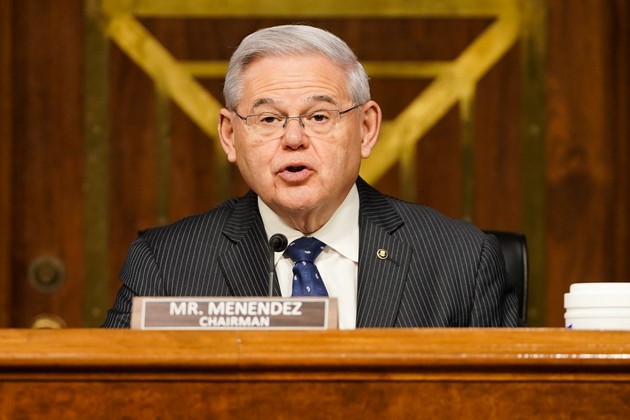 WASHINGTON –  U.S. Senator Bob Menendez (D-N.J.), Chairman of the Senate Foreign Relations Committee, today released the following statement in reaction to the International Atomic Energy Agency (IAEA) Board of Governors’ passage of a resolution to censure Iran for its glaring lack of cooperation and transparency regarding its undeclared nuclear materials:

“I commend the International Atomic Energy Agency (IAEA) Board of Governors’ approval – by an overwhelming majority – of a joint resolution condemning Iran. It is high time the Board of Governors publicly hold Iran to account for its failure to provide credible and timely cooperation with the IAEA’s inquiry into undeclared nuclear materials, which are in contravention of Iran’s safeguards agreement. Iran has time and again failed to provide answers to the world about its nuclear program.

“Iran now has enough uranium to produce a nuclear weapon. This latest milestone returns us to a familiar question: At what point will the Administration acknowledge that Iran’s nuclear advances make a return to the 2015 JCPOA not in the United States’ strategic interest? As I said publicly at our Senate Foreign Relations Committee hearing on U.S. policy toward Iran last month, it is time for a comprehensive strategy to address Iran and the threats it poses – Iran as it is, not the Iran we might hope for. I commend the Biden administration and France, Germany, and the United Kingdom for introducing this resolution as a first step to realizing such a strategy.”