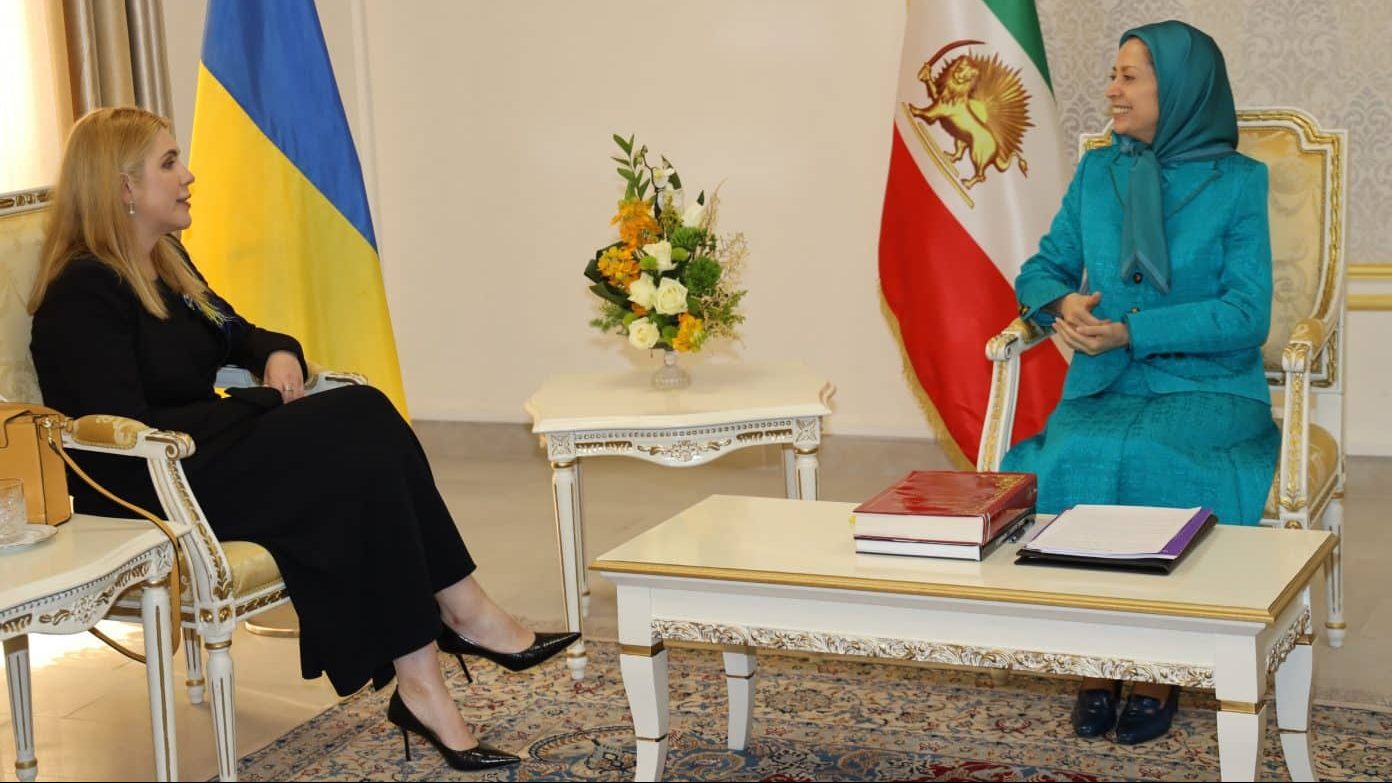 On Sunday, June 5, Ms. Kira Rudik, Leader of the Voice of Ukraine Party and Vice President of  The Alliance of Liberals and Democrats for Europe in the Parliamentary Assembly of the Council of Europe (ALDE-PACE) met with Ms. Maryam Rajavi, the President-elect of the National Council of Resistance of Iran (NCRI) at Ashraf-3, Albania, home to thousands of members of the principal opposition movement, the Mujahedin-e-Khalq (PMOI/MEK).

While praising more than four decades of steadfast resilience of the Iranian Resistance against the religious tyranny in Iran, Ms. Rudik said: “It is an honor to see you and to learn from up close about those who have fought this hard battle all these years and have become an emblem for the people of Iran.”

Highlighting what the Iranian and the Ukrainian Resistance have in common, she added: “Like the Mujahedin Organization, we are fighting for freedom, independence, and a democratic country. The images of crimes against humanity that were put on display in the city of Bucha are like the scenes of the killing of Mujahedin in Ashraf (in Iraq); watching those images was very shocking to me. The pain and suffering that the Mojahedin have been through over the past 40 years give me more inspiration to fight and move on.”

Welcoming Ms. Rudik and expressing the support and compassion of the Iranian people and their resistance to the people of Ukraine, Mrs. Rajavi stated: “In Iran, there are a lot of people who are passionate and empathize with your people. The people and the resistance of Iran suffer along with the suffering of your people and admire your resistance as well as your advancements.”

Mrs. Rajavi lauded the special role of Ukrainian women in the battle for freedom and added: “I have no doubt that with resilient women like you, this will be an enduring, historic and invincible resistance.”

During the meeting, Ms. Rudik presented a piece of handicraft from Ukrainian women, who have joined the ranks of the resistance, to Mrs. Rajavi. As an embodiment of the sacrifice and the resistance of the Iranian people, Mrs. Rajavi presented a list of 20,000 members of the MEK who had fallen for freedom and democracy as a gift to Ms. Rudik the Ukrainian people, and their parliament.