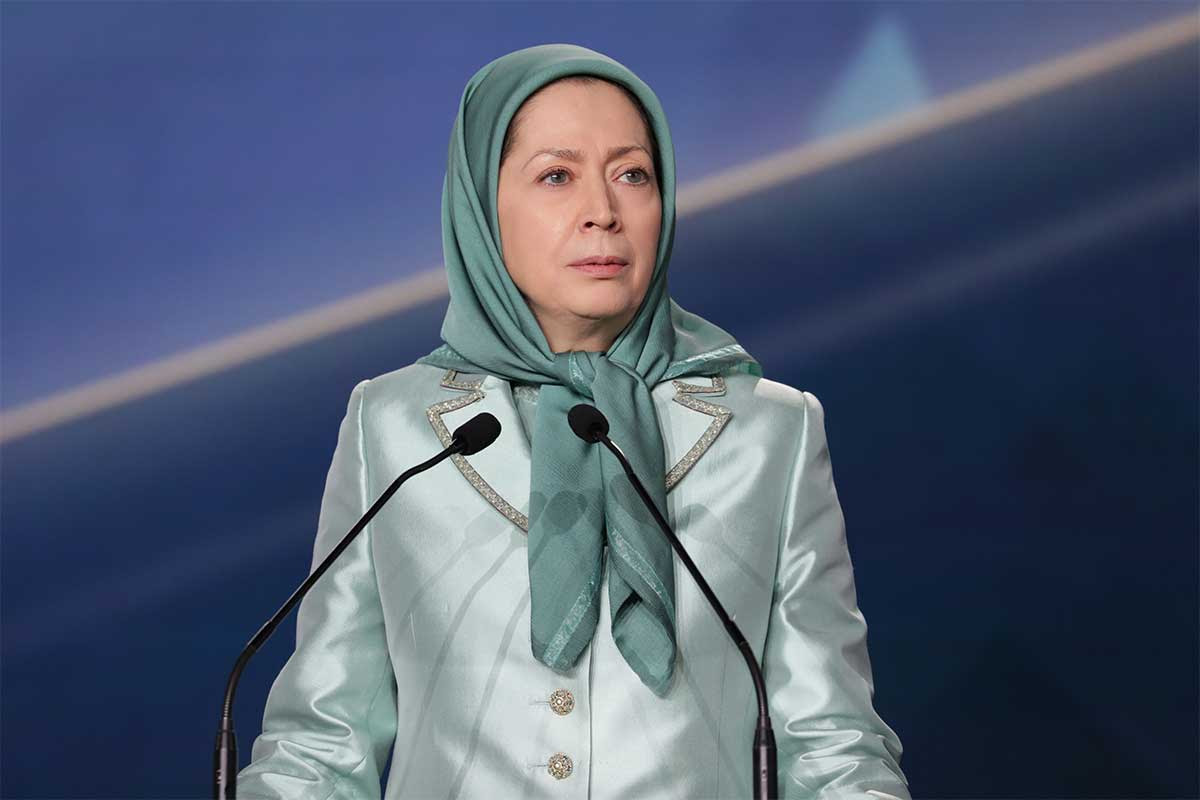 Simultaneous strikes and protests in various cities in the provinces of Kurdistan, Kermanshah, West Azerbaijan and the upheaval for the seventh consecutive day in Kazeroun, as well as the two-month protests of farmers in Isfahan and the rising of our Arab compatriots in Ahvaz and other cities of Khuzistan over the past weeks, once again bespeak of the readiness of Iranian society to expand the protests for the overthrow of the mullahs’ religious tyranny.

The arrests and killings, including murdering of prisoners under torture, have not had any impact on the resolve of our people to obtain freedom. Iranian people no longer wish to see continued poverty, repression and rule of religious fascism.

For one week, our nation’s cry for justice is being echoed by the protests of the courageous people of Kazeroun who chant, “We are fighter women and men” and “beware of the day we become armed.” This is reminiscent of the roars of the brave children of Kazeroun who joined the ranks of the Mojahedin to fight for freedom. We commemorate the heroes from this city who were massacred in 1988. Hail to the people of Kazeroun who have a brilliant history of supporting the great leader of Iran’s freedom movement, Dr. Mohammad Mossaddeq, and a large number of whose children have been imprisoned and slain in the struggle against the clerical regime.

The cries of the people of Kazeroun who chant, “Our enemy is right here,” reflect the entire nation’s cry. The enemy of Iran and all Iranians are the ruling mullahs who have occupied the country and we must rid our beloved homeland from their clutches.

Hail to the people of Kazeroun, Isfahan and Ahvaz who disrupted the mullahs’ Friday prayer masquerades by turning their backs on the podium and calling them “the enemy.” They thus created a scandal for the ruling mullahs.

The people of Baneh and Piranshahr closed down their shops and went on strike, spreading their empty table cloths in the streets and the Bazaar. They thus sent a message on behalf of tens of millions of impoverished, underprivileged but raging Iranians who are fed up with their situation.

Tens of thousands of young and brave Kurdish youths work as porters to earn a living. How long is this going to continue? They are even deprived of engaging in such a tortuous job in the interest of major swindlers in the regime who work at Khamenei’s headquarters, the IRGC or other government institutes.

Shame on the mullahs’ regime which has placed such heavy burdens on the shoulders of the deprived people of Kurdistan.

So long as the clerical regime is in power, young Kurdish men have to work as porters, farmers have to face water shortages, workers have to be denied their salaries. Our Kurdish, Arab and Baluchi compatriots have to endure discrimination and double oppression, and the entire nation has to suffer from poverty and repression.

The solution is to carry on the uprisings which started on December 28, 2017, until the mullahs’ regime is brought down. As Massoud Rajavi, Leader of the Iranian Resistance, says, “It is an urgent patriotic duty to keep alight the beacon of protests at any opportunity, any time and any place.”

I call on my fellow compatriots to expand the protests, declare solidarity with the arisen people of Iranian provinces, and insist on freedom of those arrested, particularly the hundreds of compatriots arrested in Khuzistan.